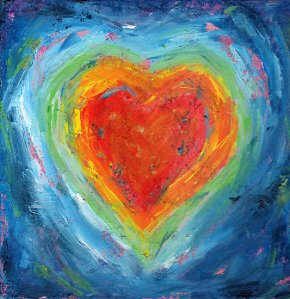 She would reassure me that I was making progress, that healing took time, that I was doing well. She would even try to show me, measuring the area. “You’re healing,” she would say, “you are.” When it first happened I asked the doctor how long I would have to do this. He was smart enough to lie. “A week?” I asked, “two?” “Maybe a little longer,” he said.

Yesterday I had a difficult therapy session. I have a gaping wound in my heart and I’ve done such a good job covering it up that there are some who forget that it’s there.

I’m back in that exam room asking how long it’s going to take to heal. I’m naive enough to think it’ll be sooner than later.

Healing takes time, and it hurts. I like to think of healing as such a nice word, we even have services of “Healing and Wholeness” but it is painful. Maybe not as painful as getting the wound, but it’s harder and more difficult. Getting the wound is like ripping off the band-aide, no matter how long it took to get it, it happens and your body can’t feel all the feels at the same time so adrenaline kicks in. When you heal the adrenaline subsides and you feel the pain from the inside out. It’s numbing at times, sharp and stabbing at others and annoying as hell.

If I lay here and don’t move it doesn’t hurt. But that only lasts so long because eventually you have to move and the longer you wait, the more painful it is.

When will I learn, I wondered yesterday, that stuffing down the pain actually takes more work, more energy than simply dealing with the pain?

The pain finds a way out, no matter how hard I try. I get upset at stupid things, or project my anger onto something or someone else. The wound is still there no matter how well I triage it. Allowing myself space to be angry or sad or whatever it is I’m feeling is actually healing, I am healing. But it’s going to take a long, long time. And the process sucks.